I grew up in the USA, have lived on 3 continents, and have traveled to about 25 countries.

My wife is Turkish.

She and her family have names I’d never heard of before we met, and I don’t think I even correctly pronounced her name until after we married. 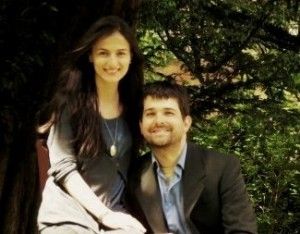 We’ve had a pick-up-and-move life, though recently we’ve returned to the city in which we met, Istanbul—a city spread over two continents. We cross from Asia to Europe just to go to church.

I used to buy goat cheese, sourdough bread, and honeycomb from a shop where a man named Jesus worked (well, he went by Isa, the Turkish translation of Jesus). Like many Turkish men, Isa used his hands expressively when he talked; and he usually used his outside voice. He spoke to me like we’d known each other forever, and he always told me I should be the next president of the United States. I could help Turkey that way, he said. He pledged to be my bodyguard, and he even made up a jingle that he sung every time I went into the shop, “John Barack! John Barack!”

But Isa moved onto another job, and then we moved to a different neighborhood. And that is how life often is, I guess.

I speak only a little Turkish, and I’ll often forget words when I’m talking. When that happens, sometimes I freeze my hand gestures and look slightly upwards, as if seeking divine intervention, while my conversation partner stands still and quiet, wondering if I can complete the sentence. It’s as if time stops when that happens. But, nonetheless, they compliment me on my language skills, though it is clearly not merited.

Learning Turkish has had its challenges, and I’ve made all of the usual gaffes, like inadvertently telling my father-in-law to shut up, asking my wife an inappropriate question on the subway, and using the women’s restroom (which I think upset the two women who opened the door as I was washing my hands).

Life is learning, though.

I help people engage with issues of faith, thought, and culture so they can be more globally aware and mindful of life as other people live it.

Much of my writing is based on my own life experiences, and several themes surface: living overseas, cultural adventure, religion, and global issues. 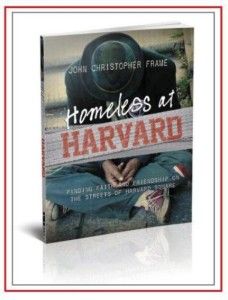 I am the author of the book, Homeless at Harvard: Finding Faith and Friendship on the Streets of Harvard Square (Zondervan, 2013). The book introduces readers to the little known world of the homeless community around Harvard University. Publishers Weekly reviewed it and said it was “well worth the read.”

My academic research over the past few years has been devoted to a social scientific study of faith-based and non-religious organizations in Cambodia, specifically those that work with women and children who have been sexually exploited, abused, or involved in the sex trade. 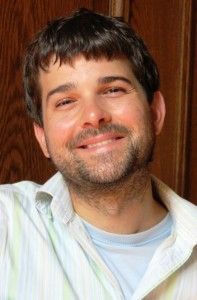 Be sure to get my free e-guide, 5 Life Tips I Learned at Harvard and Oxford, by signing up in the right-hand column of this website.

I hope you’ll find something enjoyable on here, and helpful to you on whatever journey you’re on.

Thanks for stopping by…

Warning: A non-numeric value encountered in /homepages/16/d691664189/htdocs/johnframe/wp-content/themes/getnoticed/inc/widgets/widget-subscribe.php on line 43

"5 Life Tips I Learned at Harvard and Oxford"

Get my free guide by email (as well as new posts, whenever I decide to write them)

(Note: Your email will never be shared with anyone else.)

I have lived in 4 countries on 3 continents, and have traveled to about 25 countries. Read more here...