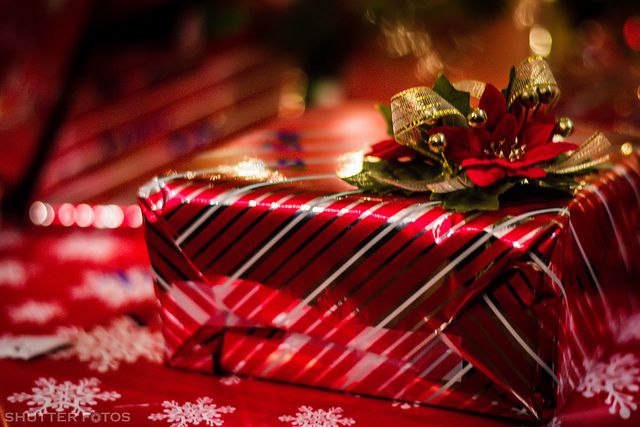 When we lived in Cambodia, sometimes my wife and I ventured out for evening desserts.

Occasionally, we bought them from a woman who set up a table each night in the open-air market a block from our apartment.

One evening, I selected sticky rice from her selection of large bowls of colorful desserts. It was 50-cents.

I watched her spoon out a blob of sticky rice and push it into a small plastic bag with her fingers.

I thought about how her hands were quite possibly dirty, though she was simply doing what was normal in that culture.

On our short walk home, I decided to give the dessert to the security guard who sat out in front of our apartment building each night. The sticky rice just didn’t appeal to me anymore.

The security guard was happy to receive the treat. And I was pleased to give it to him.

Later, though, I thought about the whole matter.

What if the security guard thought that I had bought the dessert specifically for him?

What if he thought more highly of me because of that?

I didn’t know how to speak the local language and, honestly, even if I did, I wouldn’t have said, “Hey, I thought the woman who stuffed this sticky rice into this bag probably had dirty hands. I didn’t want it anymore, but I thought you might like it.”

No, I would never have said that.

In this case, though I had purchased the sticky rice before I gifted it to the security guard, I think the same (potential) ethical problems with “re-gifting” apply.

Re-gifting, for those who may be unfamiliar with the term, is when you give a gift to someone after you have received it as a gift.

In this situation, I had received something that I ultimately did not want (though, yes, I had purchased it).

Like with re-gifting, I chose a convenient way to dispose of this thing that I no longer wanted. I gave it to somebody who would enjoy it.

In some ways, this can be all quite nice.

In other ways, as I’ll argue here, it isn’t.

When we receive gifts, we typically think that the people who give them thought about us. They went to the store, we assume, and purchased something for us.

They had us in mind when they purchased it, and the gift is a symbol of that thought.

In other words, gifts are physical objects of other people’s thoughts about us.

Gifts are physical objects of other people’s thoughts about us.

But, if a gift is simply a re-gift (and was not thoughtfully acquired), then, in some ways, I would argue that there could be an ethical conundrum for the giver. This is because the receiver understands the gift differently than the giver.

She thinks you thought about her when you purchased the gift. But, really, you didn’t. You didn’t purchase it (or make it, or grow it, etc.).

In fact, you are making things convenient for yourself by giving a gift you have received from someone else. You are taking a transaction that is understood to be receiver-focused and making a mockery of it all.

Maybe the only ethical aspect we think about, though, is if the original giver (the one who gave it to you) may be hurt if he/she knows you are giving it to someone else.

We may even worry about that.

But do we consider anything about the receiver–the one to whom we re-gift something?

Here is another similar issue:

You purchase a gift for someone but later decide not to give it to that person. Let’s call that person “Harry.”

Instead, you give it to somebody else. Let’s call him “Larry.”

Yes, ultimately, the receiver (Larry) is the one you decide to give the gift to.

But when you purchased it, you had someone else in mind (Harry).

The ethical conundrum here is similar to that explored above. Larry thinks you purchased the gift for him. You inconvenienced yourself for him. You spent money on him. You thought about him.

But, actually, you weren’t thinking of Larry. When you bought the gift you were actually thinking of Harry.

Larry was just Plan B.

Back to re-gifting: There may be cases (e.g. work gift exchange) where re-gifting is not problematic.

Sometimes these gift exchanges can relish in their silliness.

These are opportune times to re-gift. Everybody knows people re-gift on these occasions and nobody cares.

But, when it comes to giving a gift that the receiver understands differently than the giver, then that, I think, is the problem with re-gifting.