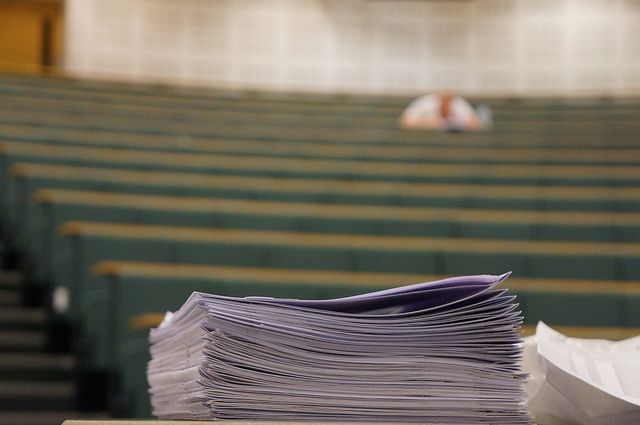 Every morning last month I attended a Turkish course at a language school in Istanbul.

Toward the end of the course, I learned that there would be a final exam on the last day.

All month, I had completed most of my homework and studied when I could.

But as I realized just how hard the final exam might be, I was quite sure that I would not pass it.

So I decided I would not take it.

I thought to myself, I didn’t take this class to take an exam. I only came to learn. And I have learned a lot, yet I know there are things that I haven’t grasped. I don’t want to feel like a failure by not passing the exam.

Just as importantly, though, I didn’t want my teacher to think of me as unintelligent.

But the day before the exam, I had a change of heart. I was improving somewhat on the practice tests.  I was “getting” things a bit more. And I had confidence in myself that I could pass. Plus, the teacher helped us believe that the exam wouldn’t be too difficult.

Ultimately, the exam–and whatever preparation I put into it–would be another exercise in learning.

If I didn’t take the exam, I would be cheating myself out of another learning opportunity.

So I decided to take it.

I know now that I shouldn’t have been afraid of something that was going to help me learn.

After our teacher graded the exams, she returned to our classroom smiling, and with our certificates in-hand.

We had all passed (except the one student who didn’t turn up).

Had I not taken the exam, I would have probably felt that I had not brought proper closure to this (very short) chapter in my life.

Had I not taken the exam, I probably would have, at least to some degree, felt like something of a failure.

So while I learned more Turkish by taking (and preparing for) the exam, I also learned that seeing this chapter through to the very end had its own value.

My classmates and I had stuck through to the end. We learned. And we passed.