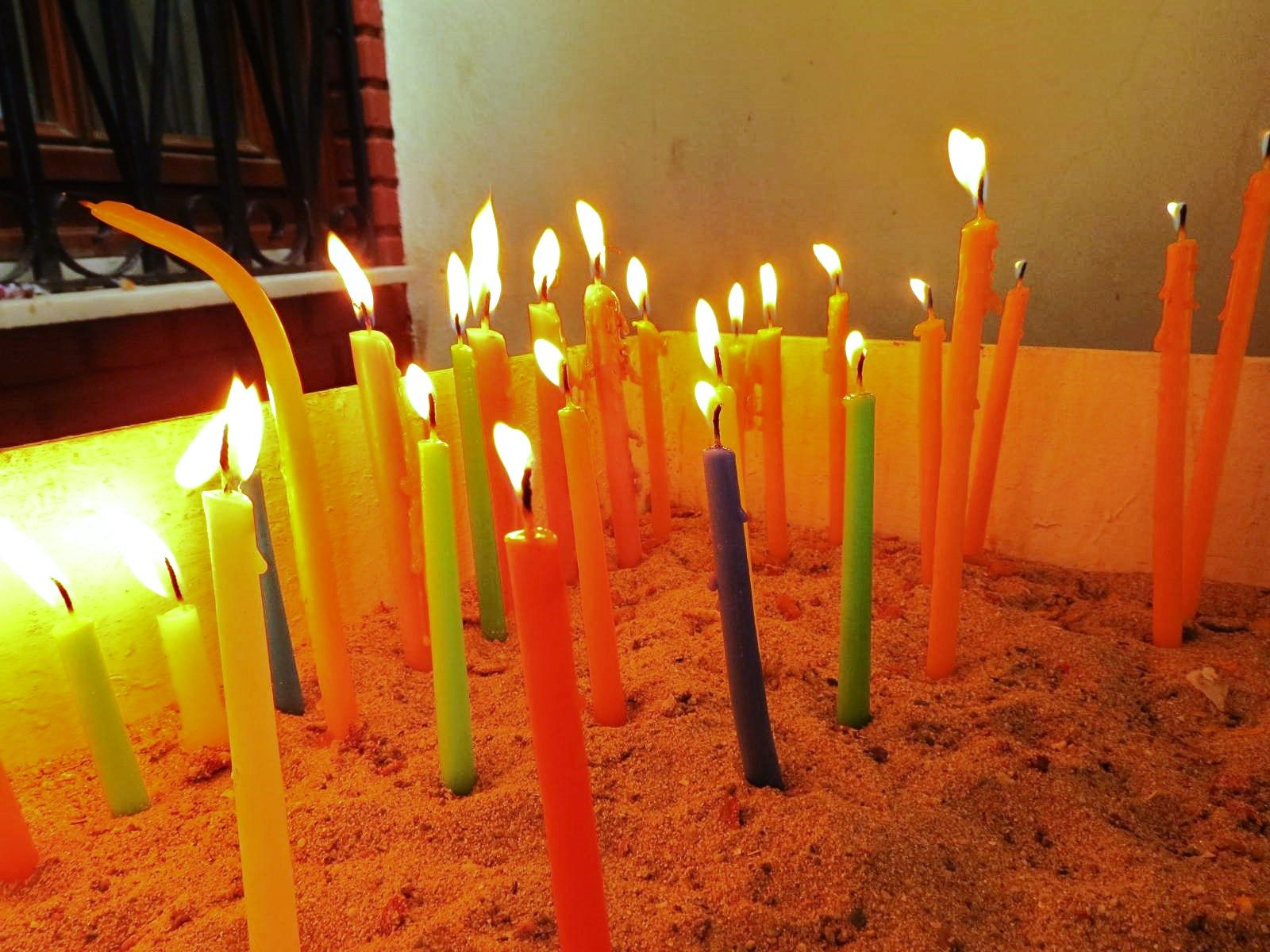 Every year on April 23, thousands of Turks board ferries and make their way to the largest island off the coast of Istanbul.

Many of them purchase a spool of colorful thread from vendors lining the cobblestone path to the top of a high peak, and they unravel the spool as they walk. 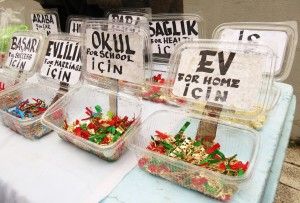 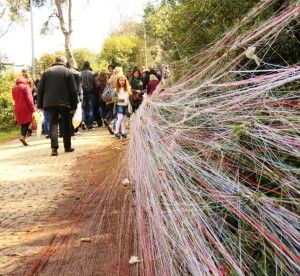 Interestingly, in a country that is 98% Muslim, those making the pilgrimage each year are walking towards a Christian monastery, named after St. George, that sits at the top of the mountain. When they get there, they hang charms in the trees of the churchyard.

They also light candles. They wish. They hope. They pray.

Inside the church, I saw a woman prayerfully adorning the icons of various saints. She touched each of the icons with her wallet, possibly wishing or praying for money.

April 23 is a national holiday in Turkey: National Sovereignty and Children’s Day. In other parts of the world, this day is known as St. George’s Day. On this island, those taking the pilgrimage are making a wish for something specific in their lives. Some people seek a new job, others a car, money, love, or a baby.

Others are holding small boxes of sugar cubes–the kind that Turks love putting in their chai. They give them away as a symbol that the wish that they had made on that pilgrimage in a previous year had come true. When I was a child, people in our church would often give “testimonies,” a short phrase of how God had worked in their lives. In a way, sharing these sugar cubes was similar; they were celebrating something good in their lives–tangibly offering a symbol of thankfulness that what they had wished for had become reality. Maybe it also was a way of extending hope to those still seeking.

It would be easy to consider such a tradition folksy. For the atheists, it’s against reason. For the religious, it doesn’t conform to anything from a holy book.

Yet, people come every year, hoping, wishing, praying for something that they–on their own–are unable to provide. So they buy a charm or unravel a spool of string while walking up to the church, even if they don’t know why they are doing it.

Some of the people we saw today will be back next year with sugar cubes to celebrate the fulfillment of their wish. Others won’t. Either way, the process of seeking, wishing, and hoping may provide for them something even more than they’d thought.